After nearly two years of data-gathering, gap analysis and self-assessment, followed by 5 months of anxious waiting, CIT jubilantly received the news today that it is to be awarded the coveted Athena SWAN bronze award.

The Athena SWAN process is a commitment to removing barriers that contribute to under-representation and taking a targeted approach to addressing internal and external issues. A thorough analysis of institutional data is required, with key issues identified, as well as strong institutional commitment to an action plan for the next three years to address those issues. 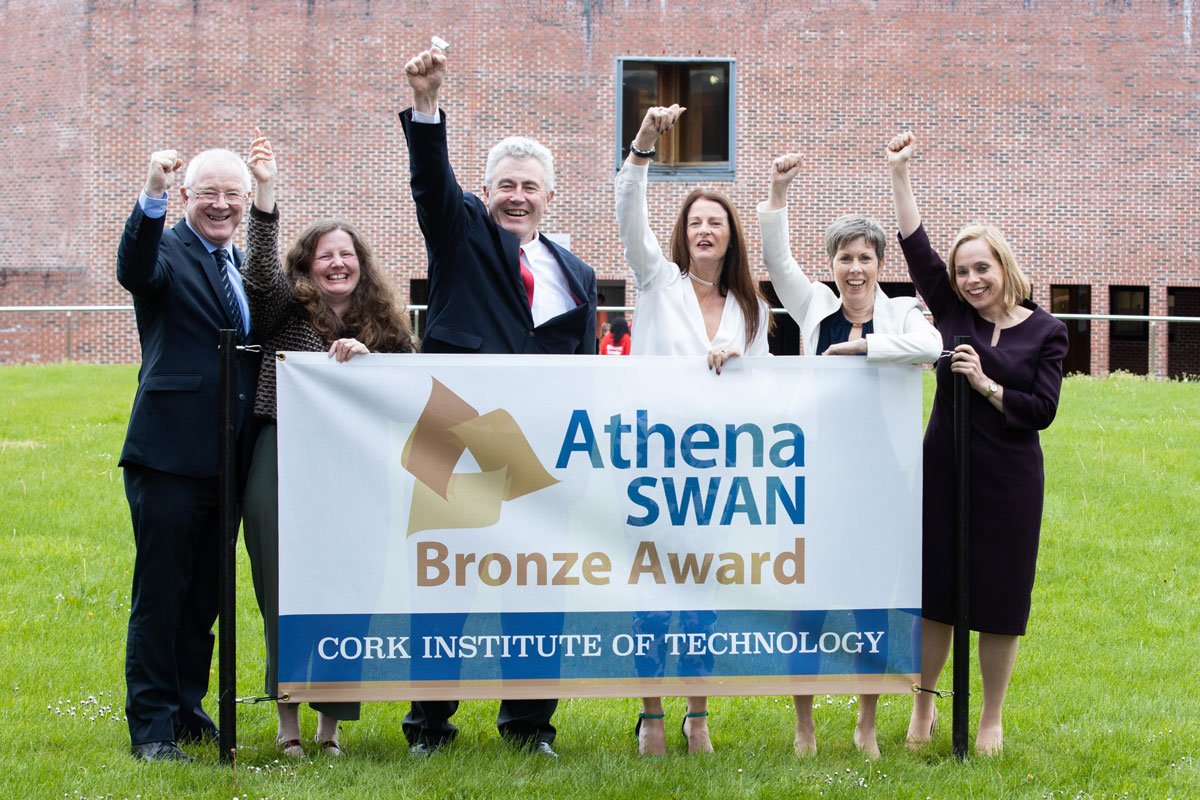 Since submitting its bronze award application, CIT has been proactive in its efforts to progress in adopting the Athena SWAN principles.  To this end, a full-time administrator has been appointed in this area, and the Institute’s Self-Assessment Team (SAT) is being expanded, with new members being recruited from non-STEMM departments.  Various staff are undertaking Unconscious Bias Training, while other members of staff are pursuing mentoring certifications, as well as participating in seminars such as developing workplace allies for LGBTI+ staff.  In its Athena SWAN Action Plan, the SAT has planned initiatives in relation to maternity leave policies and support networks, the ageing workforce and work life balance initiatives.  A follow-up staff survey is also envisaged to take place in the near future, in order to further inform our efforts in line with staff feedback and the Athena SWAN ethos of equality, diversity and inclusion. 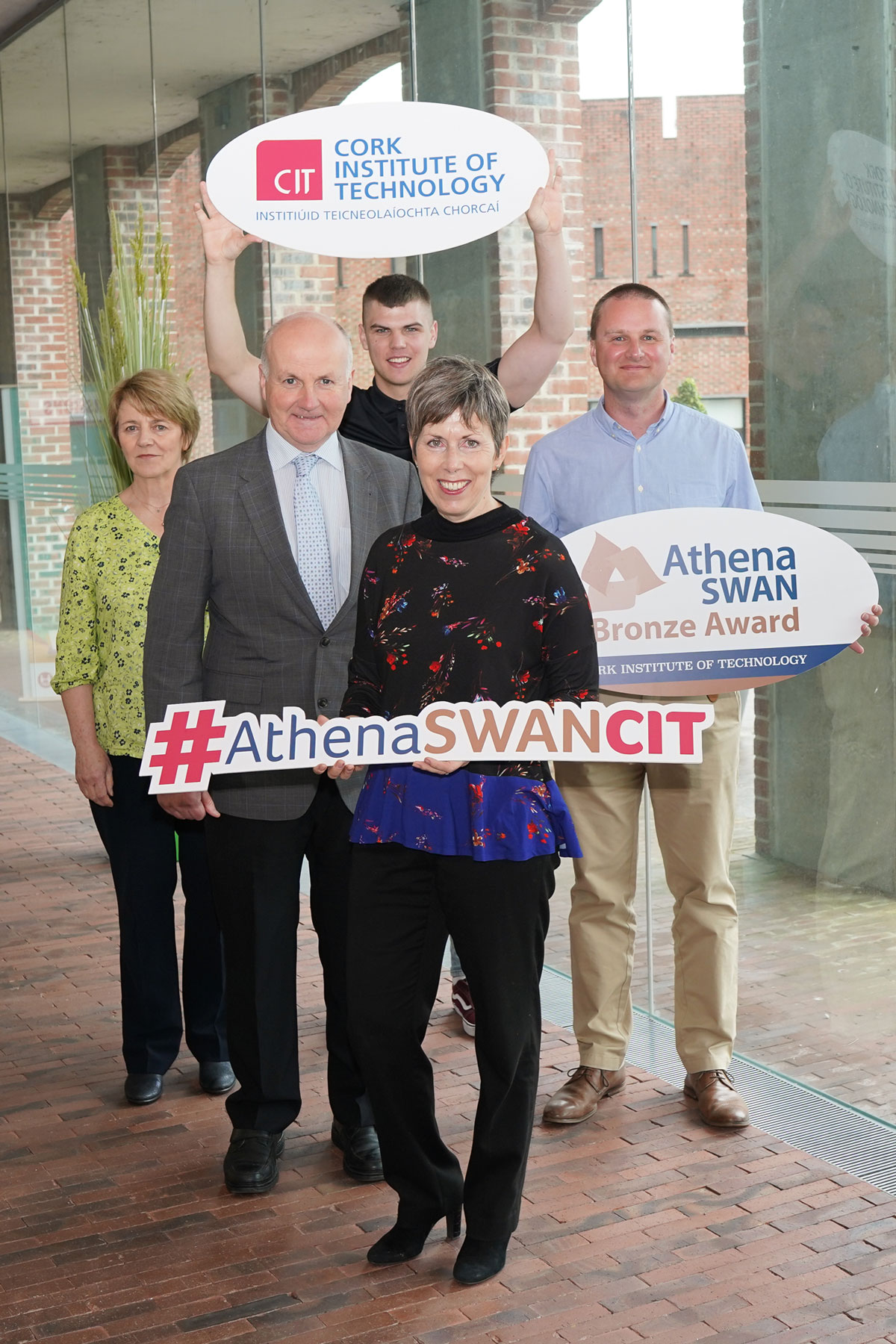 The Athena SWAN Charter was launched in Ireland in early 2015. Figures published by the Higher Education Authority highlight gender inequality as an issue for the higher education sector. The Gender Action Plan developed by the Gender Equality Taskforce includes a set of actions which are intended to effect significant change. In institutes of technology, women make up 45% of academic staff but just 29% of senior academic staff. In CIT, while 45% of academic staff are female and two of the three Vice Presidents are female, only 27% of the current Executive team are female and 15% of senior lecturers are female. 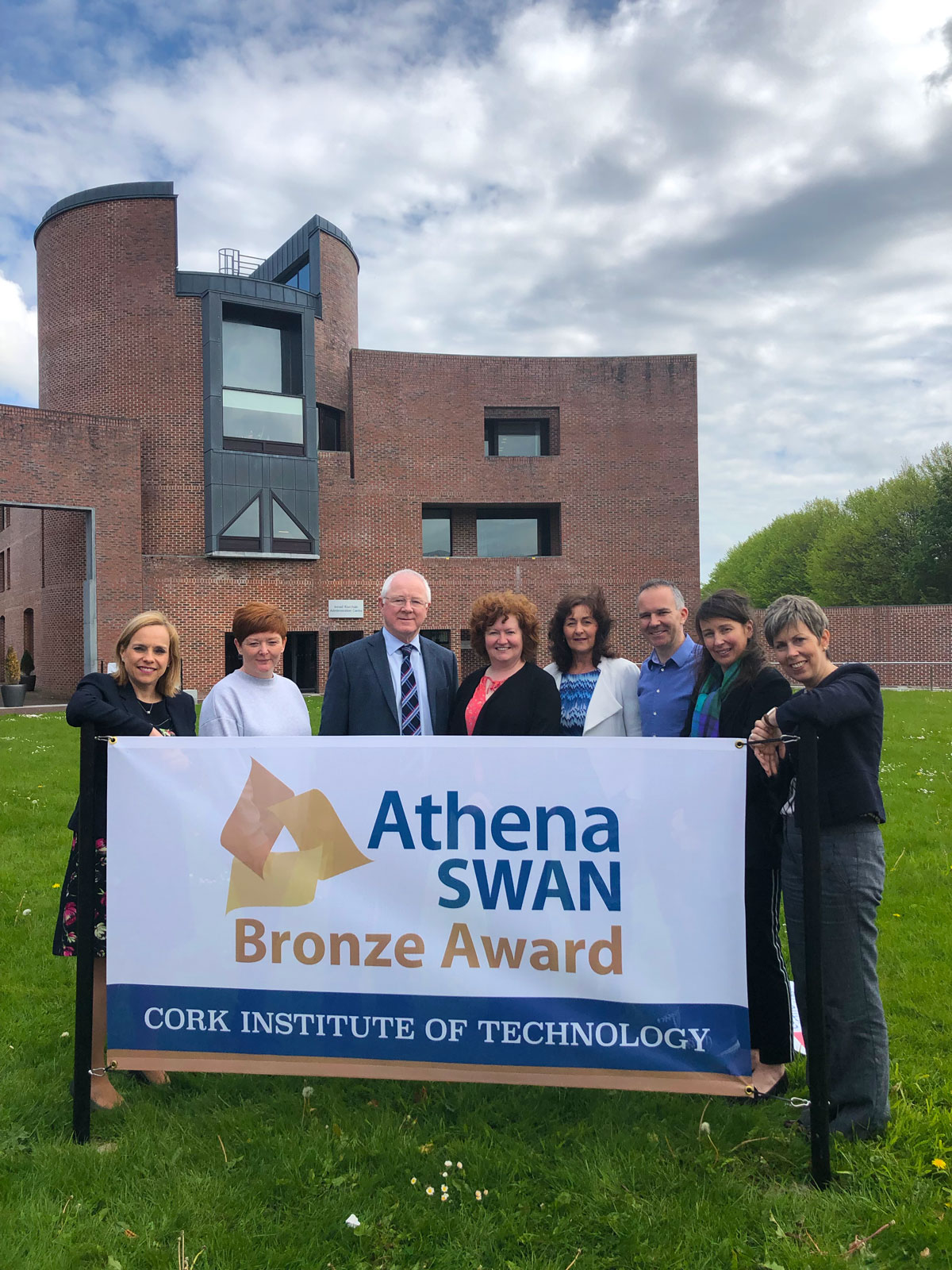 Dr Orla Flynn, Vice President for External Affairs and Chair of CIT’s Self-Assessment Team commented, “The achievement of the Athena SWAN bronze award has been a truly collective effort, with input from staff right across the Institute.  While we are absolutely thrilled to receive the award, this marks the beginning of a real journey of implementation – taking action to address deficiencies that we have identified. My thanks to the entire community within CIT who assisted in any way and to those from other universities who helped and encouraged us throughout.”

President of CIT, Dr Barry O’Connor, commented, “As an Institute, but more importantly as a community, CIT actively promotes equality, diversity and inclusion (EDI) across all its activities, encompassing students, staff and community engagement. Our mission aligns well with the origins and growth of the Athena Swan movement and Charter. This recognition is another milestone along the evolutionary pathway of CIT that can trace its roots back to the founding of the Royal Cork Institution in 1803. Then, as now, our institution is reflecting the mores of contemporary society.”

Registrar and Vice President for Academic Affairs, Dr Áine Ní Shé, said, “The development of our successful Athena SWAN application has stimulated much dialogue and debate in CIT, not just in relation to gender equality, but also on topics such as work life balance and organisational culture. I wish to acknowledge the input of so many colleagues who shared their ideas and expertise with us, and to thank my fellow members of the National Athena SWAN Committee for their ongoing support and advice. As we commence the implementation of our Action Plan, we look forward to working together to address the issues we have identified and to make real progress in the interests of all our people ” 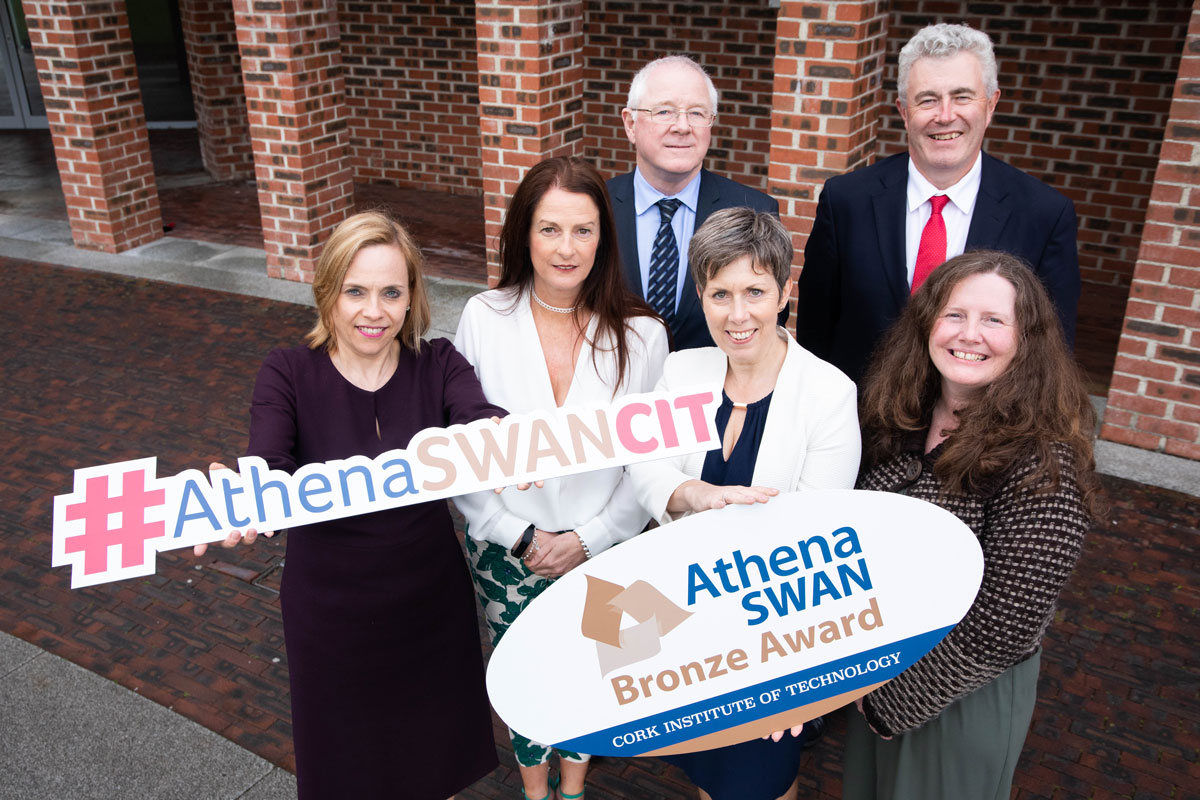