Cork Institute of Technology (CIT) in partnership with Asia Matters hosted the Asia Ireland Food and Agri Tech forum this week, opened by European Commissioner for Agriculture and Rural Development Mr Phil Hogan, attended by leaders in the Food and Agri Sector and His Excellency Mr Peter Ryan, Consul General to Hong Kong and Macau. The Forum looked at examining opportunities in the fastest growing sector of Asia Ireland trade and delivering quality and driving efficiency through research and technology.

The impressive line of speakers included Mr Aidan Cotter, Chief Executive of Bórd Bia (Irish Food Board) who spoke about the “New realities in Asian Markets for Ireland and the success of the Origin Green initiative”. 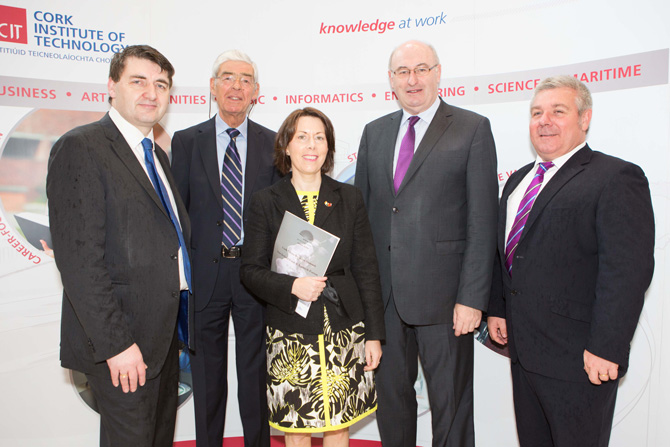 Gerard O’ Donovan, Head of Faculty of Business and Humanities, CIT, commented: “The Forum was a great success and showed the potential for Irish companies to trade with Asia, highlighting the premium food products we have to offer to that market but also how technology can be a driver for innovation in the sector which will result in greater efficiencies and quality. It is predicted that in a decade Asia will be our second biggest trading partner in food after the UK which show the great opportunities for Irish food and agritech companies.” 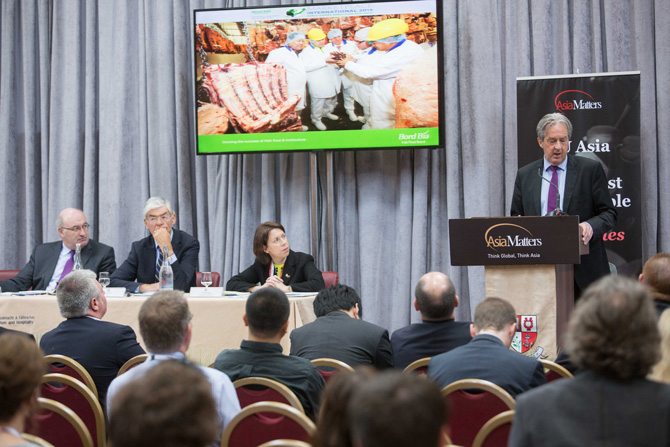 The event closed with a dinner attended by Mr Simon Coveney T.D., Minister for Agriculture, Food and the Marine and Minister for Defence , the Mayor of County Cork Cllr. John Paul O’Shea, and delegates from the forum as well as Cork city and county representatives.

At the event a memorandum of understanding was signed between Xuzhou Institute of Technology, represented by President Zhang Xinke and CIT, represented by Orla Flynn, Vice President for External Affairs,  CIT. Orla commented: ”We are delighted to partner with Xuzhou Institute of Technology to help build our relationship with Asian partners – this is central to our internationalisation strategy and we look forward not only to welcoming staff and students to Cork but also to sending our own students to China to benefit from that experience and work with companies located in the Jiangsu region. Education is an important area in building overall relationships between Asia and Ireland, and signing the memorandum will create opportunities and benefits for the Cork region”.