He is a current CIT Sports Bursary Recipient and was a member of the 2011 Fitzgibbon Cup side that lost to eventual Champions UL in the Fitzgibbon Cup Semi-Final.

Colin’s brother Michael also played yesterday and is reckoned by many to be the 2011 Hurler of the Year. Michael is a Bachelor of Business (Honours) graduate at CIT (2007) where he also distinguished himself as a Fitzgibbon Cup and indeed Cork County Championship Hurler. Along with fellow county man Jackie Tyrell (BSc in Construction Graduate 2003) they were both recipients of the CIT Sports Bursary. Another member of yesterday’s Kilkenny Panel was Aidan Fogarty (BEng in Electrical Engineering) who played for the CIT Fitzgibbon Cup Side in 2002 and 2003. 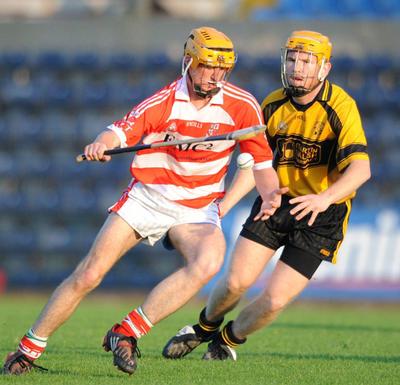