A fourth Year Mechanical Engineering Student at CIT, Rian from Macroom, Co. Cork endured a gruelling and intense final day of competition comprising project presentation, demonstration and a personal interview before a panel of Industrial and Academic judges. He was subsequently announced as the 2011 European Mechanical Engineering Student for his project, “Thermodynamic Analysis, Testing and Evaluation of a Concept 6 Stroke Engine.”

The Minister for Education and Skills, Ruairí Quinn, T.D., offered his congratulations to Rian on his remarkable achievement. “He has competed, and been successful, at the highest level and is a credit to himself, his family and to the calibre of graduate being produced by CIT.”

Rian will be conferred with an Honours Degree in Mechanical Engineering at the Autumn Conferrings in CIT and then hopes to pursue a PhD, also in CIT. CIT President, Dr Brendan Murphy said: “We are all very proud of this International Achievement by Rian and would particularly like to acknowledge the great support he received from his project supervisors, particularly Senior Lecturer, Sean F. O’Leary. 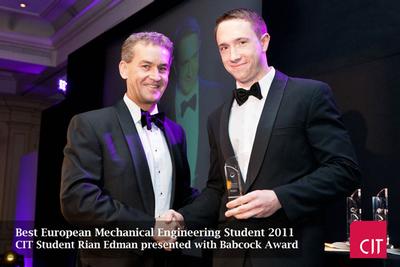 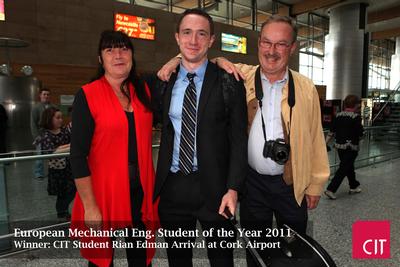 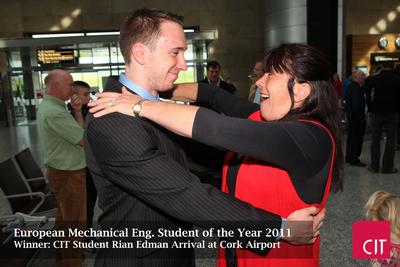 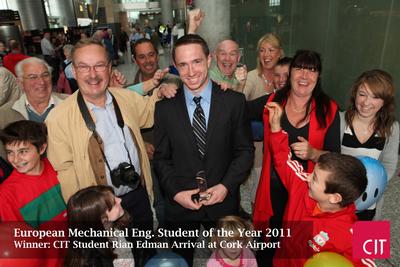 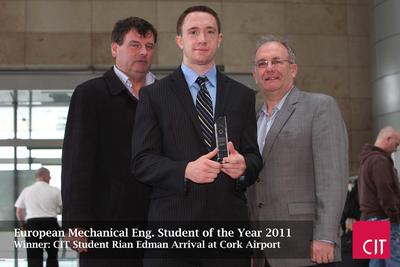 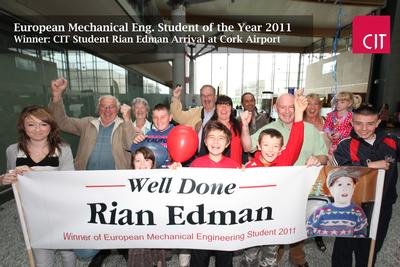