CIT President Dr Brendan Murphy has paid a visit of support to the Irish Team competing in the 41st WorldSkills Competition in London where the eleven strong Irish crafts team are hoping to pick up medals in skills ranging from Aircraft Maintenance and Cooking to Beauty Therapy. The competition runs until 8th October in the ExCel centre London.

The Irish team was selected from the winners of the National Skills Competition Finals which were held in CIT and DIT in April and members of the team were trained at CIT.

The WorldSkills Competition is a biennial event that benchmarks craft/skill training and education among the 55 participating countries. The competitions are held over 4 days with approx 990 competitors and a similar number of experts (industrial trainers and teachers) acting as judges in each of the 45 skill areas The competition organisers of WorldSkills London 2011 are expecting 2,500 competitors, experts and officials to participate in the competition.

Ireland has participated in all of the 35 competitions held since 1957. During this period 670 competitors representing Ireland have won 53 gold medals, 53 silver medals, 78 bronze medals and 145 diploma/medallions. At the last competition held in Calgary, in 2009 the Irish team of 11 competitors won 3 gold medals, 2 bronze medals and 5 medallions. Ireland has hosted the competition on two occasions, 1963 in Dublin and Cork in 1979.

The competitions are a very good promotional event for apprenticeships / traineeships in Ireland and this encourages school leavers to consider a trade/skill as a career. They showcase the existing crafts and skills in the country. They encourage industrialists and others to consider Ireland as a location for investment. They also benchmark the quality of the vocational education and training in Ireland against the best in the world. Visiting educators and industrialists can see evidence of the high standard of vocational education and training that is taking place in Ireland. 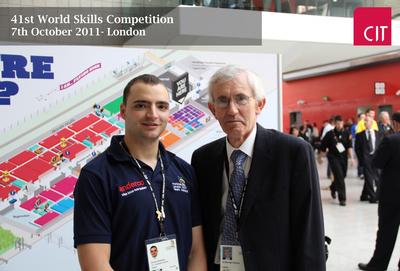 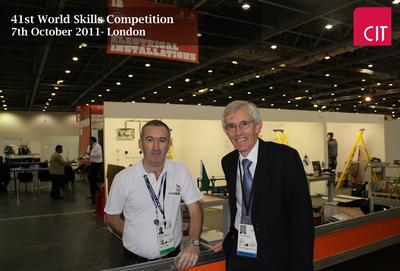