A Massed Bands Concert takes place on Saturday 29th November 2014 at the CIT Cork School of Music at 7:30pm . The concert will feature combined and individual band performances from three award winning bands, including the Blarney Brass and Reed Band, Clonakilty Brass Band and the Gleneagle Concert Band.

The event is organised by Blarney Brass and Reed Band as a homecoming concert to mark their first international tour which took place earlier this month. The band had a very successful tour of the Netherlands, playing concerts with several bands in Wijchen and Amsterdam. The band is delighted to have formed new ties between Blarney and these international groups while also being able to promote some of the amazing culture and talent from Ireland. 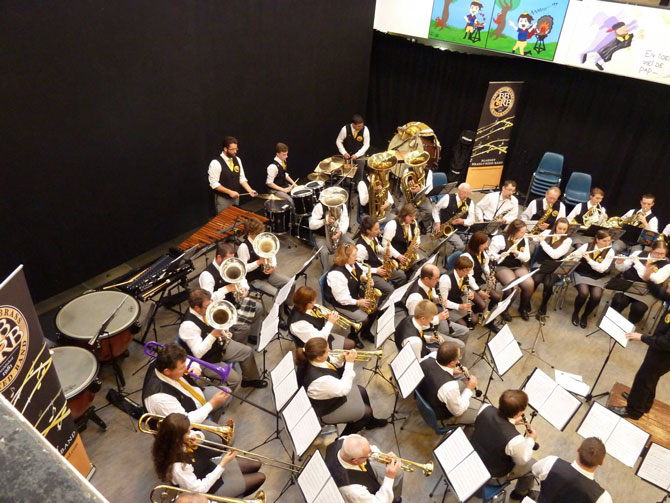 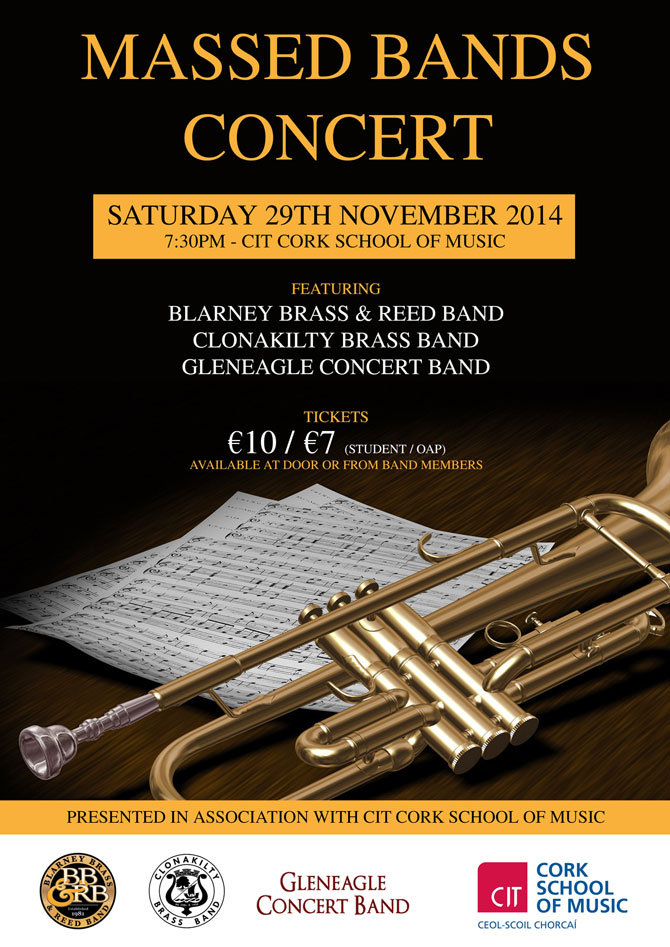